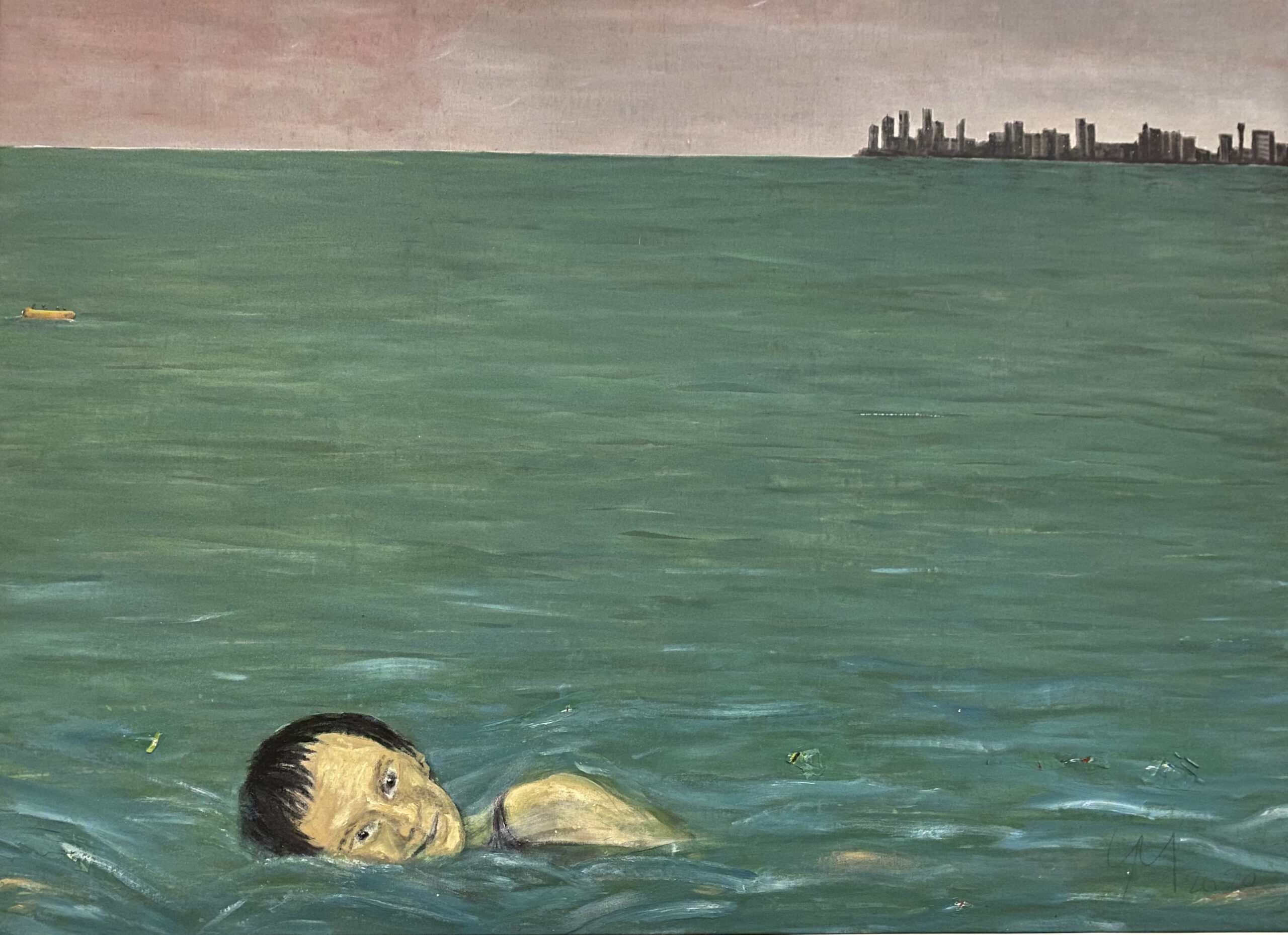 New York, artistic capital of the world, was also the number one destination for many Swiss artists in the 1970s and 1980s. The painter Grégoire Müller left Switzerland at the age of eighteen for Paris, then New York, first to become an art critic, then an artist. In New York, he rubbed shoulders with the great minimalists, notably Richard Serra, before developing his own style of painting : a resolutely figurative art. After having lived and worked for seventeen years in the Big Apple, he was joined by painter Olivier Mosset, with whom he shared a studio in 1977. The Neuchâtel artist also became part of the vibrant New York City art scene. MBAL brings together these two artists who share a socially responsible vision of our world, through two artworks from the museum’s collection.

For nearly 50 years, Olivier Mosset (Switzerland, 1944) has exhibited regularly in different countries around the world. A major retrospective was dedicated to him at Mamco, Geneva, in 2020. He was awarded the Swiss Art Grand Prize / Meret Oppenheim Prize in 2015.

The work of Grégoire Müller (Switzerland, 1947), represented by Jason McCoy Gallery (New York) and Grob Gallery (Geneva), has been the subject of major solo exhibitions. His works are part of renowned public collections, including MoMa in New York, the Kunsthaus in Zurich, the Musée des beaux-arts of La Chaux-de-Fonds and the Museo d’Arte in Lugano.