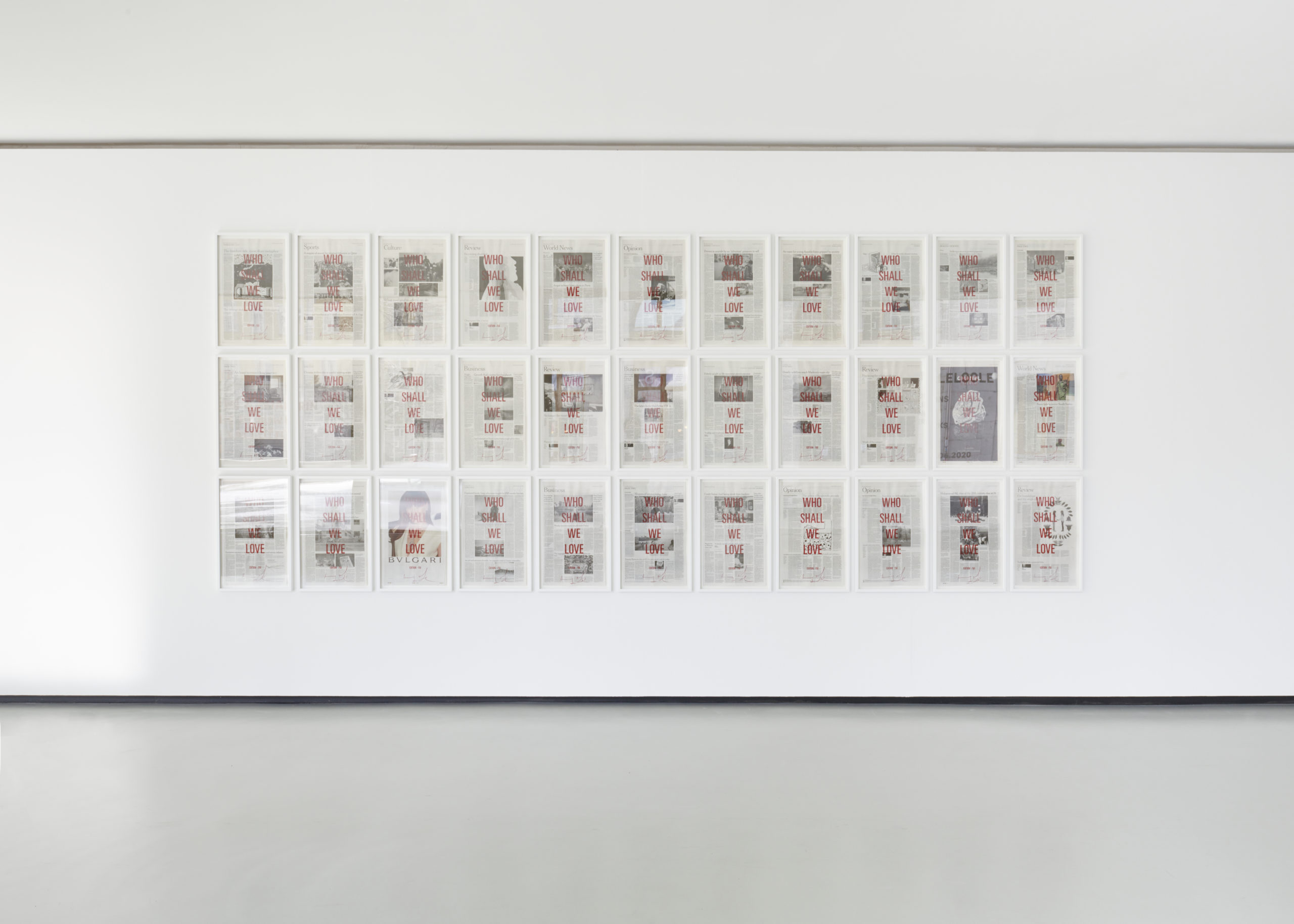 Who Shall We Love

Chopped Liver Press was founded in 2012 by Adam Broomberg (South Africa, 1970) and Oliver Chanarin (England, 1971), two artists who live between London and Berlin. Among various limited editions, Chopped Liver Press publishes once a month a series of posters created from pages of The New York Times. For each edition, the artists choose a sentence from a newspaper, a book, a phrase seen on the street or heard during conversations and print it by hand in their London studio. Who Shall We Love encourages us to question our lives in this era where social networks encourage us to say who we love with Likes. The sentence screen printed on the pages of The New York Times clashes with the texts and images of the famous daily newspaper, creating an unexpected new narrative. The juxtaposition of the quotation with the published content catches us unaware. Who should we believe? Who should we love? What reality is this about?

Inspired by the political screen printed posters – a technique that makes it possible to easily mix texts and images – Broomberg & Chanarin pay tribute to the various forms of political resistance by playing with words, typography and the strength of the colour red. Their posters echo their thoughts on current affairs, which sometimes appear rather strange when reading the newspapers headlines. Radical and provocative, this work confronts the incongruity of sentences shown out of their context with texts and images that also seem totally disconnected from reality. In four words, the quote seems to sum up our contemporary world, where everyone is invited to leave a comment or a Like. Through this incredibly effective approach, the artists confront us with our way of processing the news and denounce what is revered in today’s media, while paying tribute to the dying industry of paper journalism.

The installation, created by Chopped Liver Press in London, is published in a limited edition of 50 copies especially designed for MBAL.